It was an honor to help launch the #WeekofMaking at The White House on Friday, June 12th, 2015. The event, hosted by the Office of Science and Technology Policy, included vignettes from maker educators such as Emily Pilloton, young makers including Alexis Lewis and Aiden Robinson, and Dr. Glenn Green who discussed using 3D printing to save a pediatric patient. Two panel presentations centered on “Connecting Making to Education” and “Innovation & Entrepreneurship through Making” and closing remarks came from Megan Smith, the U.S. Chief Technology Officer, who was on the cover of Wired for its May issue.

The kick-off event was a wonderful reminder that making and the Maker Movement is not a fad but a true refocusing on hands-on initiatives and collaborative innovations. In my daily life, I wear a number of educator hats and yet I often don’t see beyond the scope of formal and informal education because of my job. I rarely get to meet with manufacturers or career and tech personnel or focus on patents or see into the lived realities of companies like West Elm or Etsy. Being able to spend time with another node of the maker network at The White House really hammered home for me that the Maker Movement is a reframing of our learning spaces/networks and our personal and professional livelihood. As an educator, I feel connected to makers in manufacturing and handmade markets and Kickstarter campaigns and entrepreneurial activities because of the emphasis on making and maker-based initiatives.  It is a wonderful time to be an educator and to feel the interdependency across education, business, policy, and advocacy. We are a #NationofMakers!

Amazing Links from the Week of Making and Sonoma State 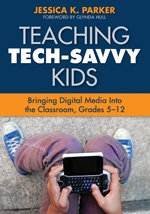